Share a memory
Obituary & Services
Tribute Wall
Read more about the life story of Dr. Paul and share your memory.

Paul was the oldest of five children born to George and Celeste (Lynch) Pechous on April 29th, 1932, in Iowa City, Iowa. He attended a one-room schoolhouse through eighth grade, followed by St. Patrick’s High School in Iowa City, IA. He graduated from St. Ambrose College where he did his pre-medical studies. While in college at St. Ambrose, he met his future wife Nancy, and they were married on June 25th, 1955.

He and Nancy then moved their family to Dubuque to start his private practice in Ophthalmology. His Ophthalmology career began in 1967, continuing until he retired in 2014.

In addition to his involvement in the medical community, Paul served in other areas, including several terms on the Board of Directors for Clarke University. He was active with Dubuque County Right to Life and St Raphael Cathedral, where he was a member for 32 years. He was a volunteer pallbearer with St Vincent DePaul Society, a member of the Serra Club, and a Knight of the Equestrian Order of the Holy Sepulchre of Jesus.

Paul and Nancy loved to see the world. Their travels took them to the Holy Land, Thailand, Japan, Canada, and Europe. They spent over 20 years wintering in Naples, Florida. Family vacations were especially important to Paul and Nancy. They took their children on trips throughout the United States during their lifetime.

In addition to traveling, Paul’s hobbies and passions included being an avid collector of Dubuque history and memorabilia, collecting clocks, the Dubuque Symphony Orchestra, theater-especially Broadway musicals, gourmet cooking, genealogy, reading, and gardening (you could take the boy out of the farm, but you couldn’t take the farm out of the man). Swimming was not one of his hobbies; Paul claimed to be the only member of his St Ambrose graduating class not required to pass the school swim test.

Living on the bluff in Dubuque was a dream of Paul’s. He fulfilled this dream and was able to start each day watching the Mississippi River roll along from his home on the bluff.

Paul was preceded in death by Nancy just 37 days prior to his own. They had been married for 67 years.

He was also preceded in death by his brothers, Ed Pechous and Raymond Pechous, his sister Mary Ellen (Nicky) Irving, and granddaughter Brianna Pechous.

Memorial donations can be made to The Dubuque Symphony Orchestra and Dubuque County Right to Life. 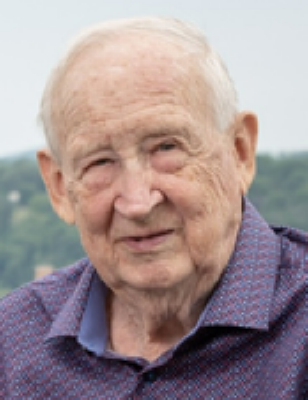