Share a memory
Obituary & Services
Tribute Wall
Read more about the life story of Francis and share your memory.

DUBUQUE, Iowa - Francis “Frank” M. Miller, 87, passed away Sunday, August 28, 2022 at Stonehill Health Center, dying peacefully in his sleep, in the arms of his beloved wife.

Funeral services will be held at Holy Spirit Parish, Sacred Heart Church, with a Mass of Christian Burial at 10:30 AM on Friday, September 2nd, 2022, with Rev. Steve Garner presiding. Friends may visit from 4:00 - 7:00 PM at the church on Thursday, September 1st, 2022, with a wake service at 3:45 p.m. additional visitation will be after 9:30 AM on Friday, prior to mass at the church.  Private family interment will be at Mount Olivet Cemetery in Key West at a later date. Leonard Funeral Home & Crematory, Dubuque, Iowa is in charge of arrangements.

He was born Aug. 30, 1934, in Dubuque, Iowa, the son of Francis and Virginia (Plamondon) Miller. He grew up on his parents’ farm in Castle Grove, IA (west of Monticello), and attended a one-room country school to 3rd grade and then Sacred Heart Grade School and High School in Monticello, IA. He graduated from Loras College in Dubuque, IA, in 1955 with a B.S. degree in Mathematics at the age of 20.

He married Mary Anne Kuriger of Monticello on June 12, 1956, at Sacred Heart Church in Monticello. He and Mary Anne were married for 66 years and were blessed with six children, 10 grandchildren and12 great-grandchildren.

He excelled as a High School Teacher in Anamosa, IA, and Marshalltown, IA, and taught in the Community College in Marshalltown for 5 years before joining the faculty of Loras College in Dubuque, IA. He retired in 1994 after 30 years as Emeritus Prof. of Physics. At Loras he was a Charter Member of the Faculty Senate and served on many other faculty committees. He was also a visiting professor at the sister college to Loras, Eichi University in Osaka, Japan - teaching English for one semester, while on sabbatical leave from Loras. During his years at Loras Frank served for over 20 years as the first Director of Heitkamp Planetarium and Observatory, presenting programs to over 100,000 people, many on school field trips or with their Friday night babysitters. Over  the years, Frank was  named a General Electric Science Fellow for study at Case Institute in Cleveland, OH; a National Science Foundation (NSF) grant recipient for study at the National Laboratory in Oak Ridge, TN; a one year NSF grant to the Univ. of Colorado, Boulder, CO, which enabled him to get a Master’s degree for teaching in Basic Sciences with emphasis in Physics; a Shell Merit Fellowship for study at Stanford University; an NSF grant to the Univ. of N. Dakota, Grand Forks, to learn FORTRAN programming, which enabled him to teach the first FORTRAN course at Loras; and an NSF summer grant for research study in Health Physics at the Lawrence Radiation Lab. (LRL) at U. C. Berkeley. This last grant resulted in LRL offering Prof. Miller employment for research in Health Physics for the next four summers. He believed that summer research and academic year teaching were an ideal combination. He also taught astronomy at Colgate University in Hamilton, NY for two summers. Near the end of his teaching career, he was awarded a summer fellowship at Harvard Univ. to study “charge coupled devices” which revolutionized telescopic photography and are the basis of all modern cameras. Coincidentally the Director of that program was formerly a student who frequently attended Frank’s planetarium programs.

He was a parish member at Sacred Heart (now part of Holy Spirit Parish) for 56 years and was very active at Holy Spirit Parish serving as a lay Communion distributor, lector, Mass server (over a lifetime period of 72 years), Sacristan, was a member of the handbell choir, a past Parish Trustee, past member of the School Board, and Chair of the Sacred Heart Church Renovation (completed in the year 2000) and Fund Raising Committees. His most recent Church related activity was writing and narrating a script for a DVD, entitled “The Jewels of Sacred Heart” detailing the unique stained glass windows and other treasured art-work/paintings in this historic church.

He and Mary Anne lived in Anamosa, IA, Boulder, CO, Marshalltown, IA, Hamilton, NY, Oak Ridge, TN, Dubuque, IA, the San Francisco CA area, Grand Forks, N. Dakota, Cambridge, MA, and Osaka, Japan, all depending on Frank’s teaching and research assignments. When traveling to these destinations the family enjoyed tent-camping along the way. Making trips to the east coast or west coast areas enabled them to experience such wonders of nature as the Grand Canyon, the Rocky Mountains, Niagara Falls, the Pacific Ocean, and many National Parks along the way.

He received the Iowa Governor's award for volunteer service, particularly for serving several years on the Foster Care Review Board, and volunteering, for 16 years, at Stonehill Care Center and Sunnycrest Manor. At various times he was a member of the City of Dubuque’s Citizen’s Advisory Committee, the Environmental Stewardship Commission, and an original member of the Citizen’s Advisory Council for the Bee Branch Flood Mitigation Project. In 2001 he received the Loras College Distinguished Alumnus Award for service provided to the college as a faculty member and in 1994 received the John Henry Cardinal Newman award for Teaching Excellence and Campus Leadership.

Frank was a Master Gardener and he and Mary Anne took pride in their yard which was often described as a “mini arboretum” and contained a pergola and waterfall, all designed and constructed by them. Their garden, which contained over 100 plant species, was one of the gardens included in the 2006 Master Gardener Tour of Gardens. In 1987 they constructed a “passive solar greenhouse”, attached to their home which enabled them to efficiently heat their home and produce a wide variety and quantity of seedlings for family and friends. Frank was a Charter Member and past-president of the Tri-State Garden Club.

Throughout his life, he and Mary Anne were involved in many religious and spiritual activities including the teaching of parish CCD, marriage enrichment programs such as “Sponsor Couple”, and they were team couple-leaders in “Marriage Encounter”, various parish renewal programs, like “Renew”, and team members for the Spiritual Life Congress.

He is also survived by his brother Kevin (Julie) and family, Monticello, IA., and numerous nieces, nephews, and cousins.

The family requests no flowers. Memorials may be given to Holy Spirit Parish (Sacred Heart Church), the Loras College Planetarium, or the charity of your choice. 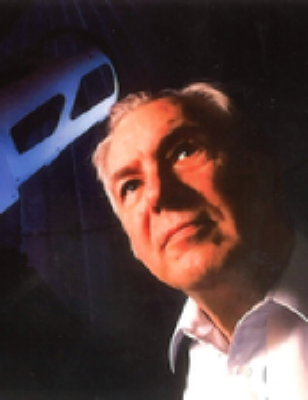