Share a memory
Obituary & Services
Tribute Wall
Read more about the life story of Jeffrey and share your memory.

Jeff was born to George and Doris Peil on September 22, 1961, the youngest of nine children. After graduating Dubuque Senior High in 1980 he met and married the love of his life Linda Schmit in 1989. Together, they raised two children, Tiffany and Aaron. Jeff loved and adored his children more than life itself. Though they parted ways, after 21 years of marriage, Jeff and Linda remained best friends until the end.

Jeff was always the brightest light in the room. It was because of his infectious smile, his charming personality, and his gift to make you feel like you were the most special person in the room, that he had so many friends surround him in life. He was a talented musician who started at the age of 14 playing bass guitar and singing with a twang with the Crazy Horse Band, Mule, the Horsin Around Band, and many others. Through his music, he made lifetime friends and life long memories. His band was voted the best live band for 16 years. He had fans that would come listen to his music from miles away. When Jeff put his bass down, you would be sure to find him fishing with his kids on the Mississippi, cheering on the Miami Dolphins, or reading a good James Patterson murder mystery.

Jeff’s bright smile and love for family and friends will live in the hearts of many. Heaven is going to sound that much sweeter as the voice of a new angel has arrived.

A special thank you goes to Sunnycrest Manor for tending to Jeff’s needs over the past 10 years, to Hospice of Dubuque, to all of those who made special visits to Jeff over the years, and in his final hours, and to his special friend Mel for always being by his side. 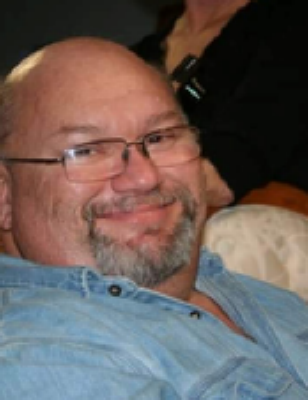