Share a memory
Obituary & Services
Tribute Wall
Read more about the life story of Kenneth and share your memory.

Kenneth J. Link, age 82, of Dubuque Iowa, died on Saturday, January 21, 2023, of complications of a stroke at the University of Iowa Hospitals and Clinics surrounded by his loving family.

Visitation will be from 9:00-11:00 on Friday, January 27th, at Leonard Funeral Home & Crematory, 2595 Rockdale Road. A funeral service will be held at 11:00 a.m. at the funeral home with Fr. Steve Garner officiating. Burial to follow at Linwood Cemetery with military honors by the Iowa Army National Guard and presentation of the Four Fives by the Dubuque Fire Department.

Ken was born on July 21, 1940, in Dubuque, Iowa, to Reuben and Irene (Richard) Link. He graduated from St. Columbkille’s School.

Ken was united in marriage to Diane Rohner, in a union that lasted 35 years. He later married Sandy Conzett, in November of 2003. They had a love that rivaled even the greatest of love stories.

Ken began his career with the City of Dubuque Police Force, later transferring to the City of Dubuque Fire Department. During both tenures, Ken drove school bus for the Dubuque Community School District until his retirement. His service to others lasted over a span of 45 years.

Ken served in the United States Army with an honorable discharge on June 30, 1963 and continued his service with the Army Reserve for an additional five years.

Ken was the most loving husband, father, grandfather, great-grandfather, and friend to all, and he made an impact on everyone he met. His unconditional love, service, and dedication to helping others will never be forgotten.

Ken enjoyed playing games of all sorts, including euchre, board games, horseshoes, Yahtzee, bean bags, and cards of all sorts (including a made-up game of “Scrump” with his own rules to ensure he always won). Ken also loved fishing, boating, and camping with family and friends, and watching his favorite teams, including the Detroit Lions, Iowa Hawkeyes, and the Cincinnati Reds (especially Pete Rose and his memorabilia). In his younger years he was an avid baseball player and played for various teams and was known as a great pitcher.  He was a boy scout leader, an altar boy at Sacred heart church, and later an active member of St. Mary’s Church. Ken was a man of faith and honor, always putting the needs of others before his own. He was deeply loved by all, and memories with him will never be forgotten.

Thank you to Dubuque Fire EMS, Finley Hospital ER, and the University of Iowa Hospital and Clinics ICU and Palliative Care staff, especially Ann, who was with Ken and family during his final moments.

In leu of flowers, a memorial has been established in Ken’s honor. 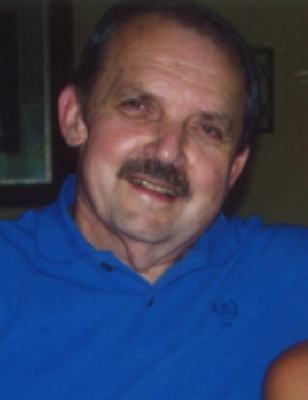