Share a memory
Obituary & Services
Tribute Wall
Read more about the life story of Patricia Ann and share your memory.

It is with heavy hearts that we share the passing of Patricia Ann Broessel (Ms. Pat), 87, of Dubuque, Iowa.  She left us peacefully on the morning of July 26th, 2022, at UnityPoint Health- Finley Hospital to join those that have gone before her and rest within the arms of the Lord.

We are asking that family and friends join us as we gather to celebrate the life of an unforgettable woman.

Patricia was born on February 22, 1935, the second of four children, to William and Helen (Smith) McCoy. As a youth, she attended both Sacred Heart and Holy Trinity Catholic Schools.  On April 11th, 1953, she was married to Robert Broessel, the love of her life, at Sacred Heart Church in Dubuque, Iowa. Through their union, they created a legacy of love in the birth of their five children; Michael, Robert, Shelly, William (Woody) and Kirk.

On August 8th, 1975, Pasty lost her husband Robert, after his courageous battle with MS.  On September 6th, 1987, she endured the unspeakable loss of her eldest child, Michael, in a tragic car accident in Tempe, AZ.  The following year, her youngest child, Kirk, became paralyzed after a diving accident.  She spent many of the following years making sure that Kirk remained in high spirits and was well taken care of until his passing on February 25th, 2009. Though the grief of such unbearable losses and heartaches, she persevered with her head high and continued to keep her family together.

Patsy worked as a waitress at the Chateau Supper Club and then moved on to work for Eagles Supermarket Store for ten years in the meat department. Later in life, she embraced her entrepreneurial spirit and alongside of her sister, Betty, opened Patricia’s Bridal on Main Street in Dubuque.  She eventually went on to own and operate two upscale boutiques in the downtown Dubuque area, first the Top Shelf and then Putn’ on the Ritz.  Both endeavors embodied her love for retail and fashion.  Years later, she opened a quaint neighborhood gathering spot many of us have had the joy of sharing time with her at, called Ms. Pat’s Corner Tap.  Within those small walls, Patsy Cline crooned through the jukebox, tears were turned into laughter and she danced, Lord, how she loved to dance.

Though her free time was little, she enjoyed trying her Irish luck at the Casino or you could find her sippin’ a gin buck at Mario’s Restaurant, where she loved to meet up with her friends.
She was a selfless woman, with a heart of gold and she will be missed by so many, especially her family, who each made her eyes twinkle a little brighter.

She was also preceded in death by her parents, William and Helen McCoy, her sister Marcella “Sally” Cain, and brothers-in-law Wesley Mohr, Robert Griffin and Donny Cain.

Burial will be at Linwood Cemetery in Dubuque, Iowa on a later date.

The family would like to extend their gratitude to the staff of Unity Point Finley Hospital, especially those in the ICU and the 5th floor, for their compassionate care.

In lieu of flowers, a Patricia Broessel Memorial Fund will be established. 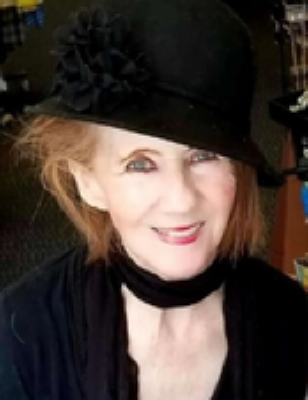