Share a memory
Obituary & Services
Tribute Wall
Read more about the life story of Robert and share your memory.

Robert Gerald O’Connell, 93, of Dubuque, died on Sunday, September 4, 2022 surrounded by the love of his family.

Bob was born on October 11, 1928 in Waterloo, Iowa to John and Eleanor (Farrell) O’Connell.

In 1946, Bob graduated from Our Lady of Victory Academy, then attended Loras College before enlisting in the United States Air Force.  Bob served proudly from March 1948-March 1952, earning the rank of Staff Sergeant.

Bob was selected to serve as a gunnery specialist/tow target operator in the Cadillac squadron in the newly formed Aircraft Gunnery school at the Las Vegas Air Force Base (now Nellis Air Force Base).  This school eventually became the United States Air Force Weapons School dedicated to the training of elite Air Force pilots and specialist support personnel.

In 1954, Bob graduated from the Iowa State Teachers College (now the University of Northern Iowa) and began his long teaching career at Loras Academy.  In 1959, he was hired as one of the original lay faculty at the new Wahlert High School in Dubuque, Iowa.

Over the years at Wahlert, Bob taught physics, earth science, electronics and chemistry and coached track until he retired in May 1991.

Bob was a lifelong learner who enjoyed many summers enrolled in graduate science field studies throughout the United States.

In retirement, besides golfing and fishing, Bob was elected as a District Assistant Commissioner to the Dubuque Soil and Water Conservation District.  In 2016, his outstanding work was recognized with the Ruth Wagner Award.

Bob and Charleen (Reilly) O’Connell were married in August 1954 and lived most of their married life on Coates Street, raising six children. Throughout the child-rearing years, Bob worked 2 or 3 jobs but always had time for backyard baseball, fossil hunting and summer evening car rides.  In later years, Bob and Charleen enjoyed traveling east and west to visit children and grandchildren.

Bob was preceded in death by Charleen (2014), his parents, and a brother, Donald J. O’Connell.

Bob was the proud and loving grandfather of 19 grandchildren and 11.5 great-grandchildren.

A private family service will be held at a later date. Burial will take place at Mt. Olivet Cemetery, Key West, Iowa.

Many thanks to the compassionate care given to Bob by the wonderful staff at Grandview Healthcare Center and UnityPoint Hospice. Donations in Bob’s name to these organizations or a veteran’s charity of your choice are appreciated. 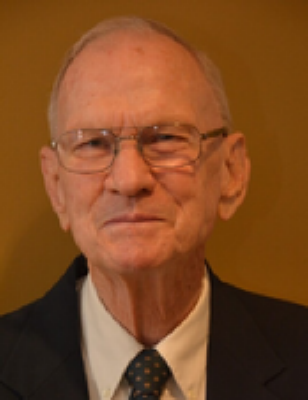