Share a memory
Obituary & Services
Tribute Wall
Read more about the life story of Roger and share your memory.

On January 16, 2023, with heavy heart we said goodbye to our beloved husband, father, father-in-law, grandpa, brother, brother-in-law, uncle, and good friend, Roger Edward Quade, as he rested peacefully at home with his family gathered by his side.  The family will welcome and appreciate visitors on Saturday, January 28th from 10:00 a.m. to 1:45 p.m. at Leonard Funeral Home & Crematory, 2595 Rockdale Road, Dubuque. Funeral services will follow at 2:00 p.m. at Immanuel Congregational UCC, 1795 Jackson Street, Dubuque with Rev. Dianne Grace officiating.  Committal prayers and military honors by American Legion Post #6 and the Iowa Army National Guard will immediately follow at Mount Olivet Cemetery.

Roger was born in Dubuque, Iowa on July 17, 1937, the eldest of Edward J. Quade and Frieda Biebermann Quade's children.  Despite moving into a new home he built on North Cascade Road in 1967, in his heart he lived his entire 85 years on the land that was most precious to him, the Quade Century farm just south of Dubuque on Oakland Farms Road.  He spent hours in his machine sheds tinkering and working on cars, trucks, and machinery of all kinds, particularly his John Deere tractors.

Roger attended first grade in the “little red” one-room schoolhouse that still sits on the Quade property.  After only one year, he was transferred to a 2-room school in Rockdale and finished 8th grade at the one-room school south of Dubuque on Hwy 151, called Military No. 3, where his mother was the teacher.  He went on to graduate from Dubuque Senior High School in 1954, after which he worked with Carpenter and Builder Bob Shireman.  He also worked several years as a part time Meat Inspector at Dubuque Packing Company.  He then, through an apprenticeship at John Deere Dubuque Works, became a Tool and Die Maker and ultimately retired as Supervisor in the Tool Room in 1992, after 32 years of service.

Roger served six months active duty in the U.S. Army, stationed at Ft. Leonard Wood.  He finished his seven years of service as a cook in the U.S. Army Reserves, 389th Engineering Battalion.

Roger was a member of the Key West Sportsman’s Club, Lacoma Golf Club, and the Society of Manufacturing Engineers (SME).  He was also a member of Immanuel Congregational UCC where he volunteered his time.

Although a great hunter, Roger was a “softy” for the family’s pets, and if something was broken, he could fix it; if it didn’t exist, he created it.  He liked joyfully antagonizing his friends, but he was the most dependable friend anyone could have!  He was an avid photographer and four-wheeler in his beloved Golden Eagle Jeep.  He enjoyed playing golf, volleyball, racquetball, and Euchre with his card club of 50 years.  He loved restoration projects, attending auctions and sales, and taking care of his Century Farm.  In his younger days, he could be found roller skating, bowling, and riding his horse. His favorite pastime was spent enjoying good food with his family and hosting barbeques poolside.

Roger and his family enjoyed traveling, especially caravanning with close friends taking their Jeeps out west to go 4-wheeling on trails and high ridges and camping in the mountains.  Those with a CB knew Roger as “The Ridge Runner”!  The family took many trips across the United States and Mexico, and visited Florida, Texas, and Colorado regularly.  He also loved hunting elk and deer in Wyoming and Colorado with his buddies, Bill H., Tom P., Bill R., Chuck P., and Rambo.  On a spur-of-the moment decision, he fulfilled a long-time wish to go abroad and get a look at foreign countries.  In 2019 he and Pat joined his sister and her husband and a niece and her husband taking an exciting whirlwind tour of England, France, Switzerland, and Italy visiting art museums, the Eiffel Tower in Paris, St. Peter’s Square in Rome and much more.  At the end of the trip, he said he loved Switzerland the best because it reminded him of his favorite place - home.

He was preceded in death by his parents; younger brother Kene Quade; mother-in-law Virginia Buol; sister-in-law Carol and her husband Bill Boyes.

His family would like to express a special thank you to his neighbor and good friend Leo Junk, fondly nicknamed by Roger as his “hired hand”, who was there for him over the years, worked by his side, showed him much kindness, and cared about him like family.  We don’t know how he’s handling heaven without you, Leo!  And a big thank you to all the family, friends and neighbors who offered their concern and support.  They would also like to thank Roger’s niece, Jenni for all her medical expertise and support; all his doctors who took such great care of him over the years, especially Dr. Kirkendall and his Nurse, Kate for all their care and concern; and his caregivers Melissa, Barb, Buffy, Sara, Jenni, and Ryan as well as Rev. Dianne Grace.

In lieu of flowers, a memorial fund has been established in Roger Quade’s name.  Memorials may be sent in care of Leonard’s Funeral Home. 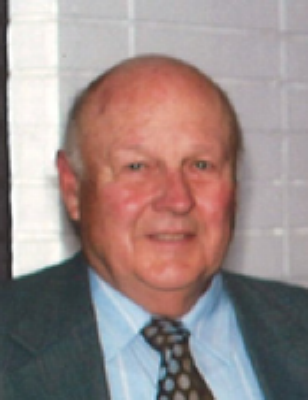