Share a memory
Obituary & Services
Tribute Wall
Read more about the life story of Rosemary and share your memory.

Rosemary (Loeffelholz) Kruser, affectionately known as “Rosie”, age 84, passed away unexpectedly at University of Iowa Hospital on November 15, 2022. To celebrate Rosie’s life, visitation will be held from 3pm to 8pm Monday, November 21st at Leonard Funeral Home and Crematory, 2595 Rockdale Road. Vigil service and time for sharing stories will be at 8pm. Mass of Christian burial will take place at 10:30am Tuesday, November 22nd at Holy Spirit Parish Holy Trinity Catholic Church, 1701 Rhomberg Ave. Burial will follow in Linwood Cemetery.

A livestream of the funeral mass will be on Leonard Funeral Home & Crematory's Facebook page.

Rosie was born January 10, 1938 in rural Dickeyville, WI to Peter & Edna (Wiegel) Loeffelholz. She graduated from Platteville, WI high school in 1956. After high school, Rosie moved to Dubuque and worked at Neisner’s Variety Store. She married Ambrose Kruser of Hazel Green, WI on August 24, 1957 and they lived in Dubuque where they raised their 8 children.

In 1968, Rosie began her 40-year career as a cocktail waitress at Riverside Bowl, catering banquets, weddings and serving bowlers, up and down the 40 lanes. Rosie was a friendly and familiar face and the bowlers called her the Energizer Bunny. She had an unwavering work ethic, cheerful attitude and was never too busy to stop and share a joke. Some people would say…”There is no Riverside without Rosie”.

Family, friends and neighbors were very important to Rosie and the Kruser house was a gathering place, always open and welcome to family and friends where she loved celebrating birthdays and holidays. She loved to feed birds and squirrels. If Rosie shouted “Buddy!” out the front door, a squirrel would appear, knowing she had a treat.

Rosie loved the outdoors and her happy place was the Loeffelholz family land called “the bottoms”. She shared this special place with her family and friends. Rosie loved looking for morels, teaching the kids to fish, harvesting watercress and clearing the natural spring so it could flow freely.

Some of Rosie’s favorite things were dressing up for Halloween, going to bingo, the Buddy Holly dance at the fairgrounds, the Loeffelholz/Wiegel family reunion, parades, polka festivals, 4th July fireworks at the Point and demolition derby at the DBQ County Fair. Rosie loved riding her bike, known as the “Tin Can” and could be seen riding around the Point/North end area of town. She also loved to make people laugh. In her later years, she brought this sense of humor to the radio, by appearing as “Granny” on Y105 with radio hosts Chris Farber and her grandson Aaron Rainey. She would entertain the listening audience with a joke from her joke book, an update on the weather or what she had planned for the week.

Rosie always said…”Give me flowers when I’m alive and not when I’m dead.” So, in lieu of flowers, please give donations to Crohn's & Colitis Foundation, Juvenile Diabetes Research Foundation and the St. Patrick Wednesday Night Meal. 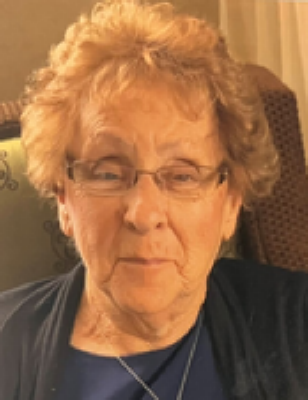